After the Fire (Paperback) 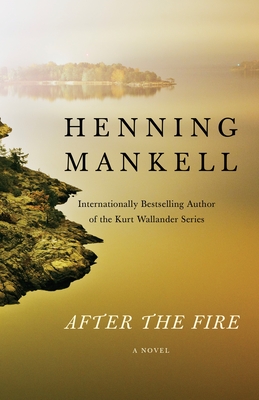 By Henning Mankell, Marlaine Delargy (Translated by)
$16.95
On Our Shelves Now

Mankell is among my favorite writers. This melancholy novel captures the reality of aging, loss, mortality, and solitude, as well as our connection and distance from other people. A beautiful final novel from one of Scandanavia's finest writers.

Henning Mankell's last novel about an aging man whose quiet, solitary life on an isolated island off the coast of Sweden is turned upside down when his house catches fire.


Fredrik Welin is a former surgeon who retired in disgrace decades earlier to a tiny island on which he is the only resident. He has a daughter he rarely sees and his mailman Jansson is the closest thing he has to a friend, and to an adversary. He is perfectly content to live out his days in quiet solitude.

One autumn evening, he is startled awake by a blinding light--only to discover that his house is on fire. With the help of Jansson, he escapes the flames just in time wearing two left boots. Dawn reveals that everything he owns is now a smoldering pile of ash and his house is destroyed--forcing him to move into an abandoned trailer on his island. A local journalist, Lisa Modin, who wants to write a story about the fire, comes into his life. In doing so, she awakens in him something that he thought was long dead. Soon after, his daughter comes to the island with surprising news of her own. Meanwhile, the police suspect Fredrik of arson because he had a sizable insurance claim on his house. When Fredrik is away from the archipelago, another house goes up in flames and the community realizes they have an arsonist in their midst. After the Fire is an intimate portrait of an elderly recluse who is forced to open himself up to a world he'd left behind.

Henning Mankell's novels have been translated into forty-five languages and have sold more than forty million copies worldwide. He was the first winner of the Ripper Award and also received the Glass Key and the Crime Writers' Association Golden Dagger, among other awards. His Kurt Wallander mysteries have been adapted into a PBS television series starring Kenneth Branagh. During his life, Mankell divided his time between Sweden and Mozambique, where he was artistic director of the Teatro Avenida in Maputo. He died in 2015.