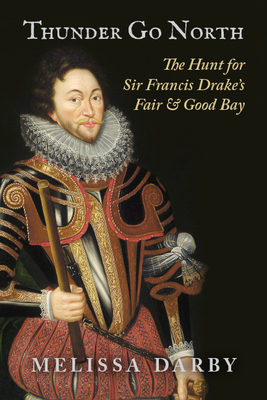 In the summer of 1579 Francis Drake and all those aboard the Golden Hind were in peril. The ship was leaking and they were in search of a protected beach to careen the ship to make repairs. They searched the coast and made landfall in what they called a ‘Fair and Good Bay’, generally thought to be in California. They stacked the treasure they had recently captured from the Spanish onto on this sandy shore, repaired the ship, explored the country, and after a number of weeks they set sail for home. When they returned to England, they became the second expedition to circumnavigate the earth, after Magellan’s voyage in 1522, and the first to return with its commander.

Thunder Go North unravels the mysteries surrounding Drake’s famous voyage and summer sojourn in this bay. Comparing Drake’s observations of the Natives’ houses, dress, foods, language, and lifeways with ethnographic material collected by early anthropologists, Melissa Darby makes a compelling case that Drake and his crew landed not in California but on the Oregon coast. She also uncovers the details of how an early twentieth-century hoax succeeded in maintaining the California landing theory and silencing contrary evidence. Presented here in an engaging narrative, Darby’s research beckons for history to be rewritten.

“Meticulously researched and engagingly written, Thunder Go North embarks on a fresh investigation into a centuries-old ‘vexed question’:  Where was Francis Drake’s 1579 landing place on North America’s Pacific Coast? Using anthropological as well as historical evidence, author Melissa Darby presents a compelling case that Drake most likely came ashore on the central coast of Oregon—far to the north of Drake’s Bay, near San Francisco, the allegedly ‘long-settled’ answer to that question. She tells an exceedingly complicated but fascinating story, and tells it well. Darby’s conclusions cannot be ignored by Drake scholars or others hoping to unlock this nearly 450-years-old puzzle. In addition, Thunder Go North reveals the incredibly tangled web of intrigue, duplicity, and hoax that has bedeviled past historians' efforts to answer the ‘Where did Drake land?’ question.”
—Jeff LaLande, historian and archaeologist